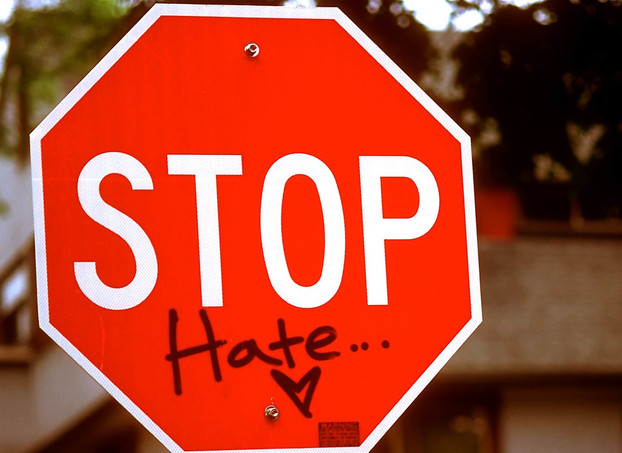 So, who could be opposed to hate crimes?  You would think not many, right?  You would be correct.  According to Gallup there is about 68% support for hate crimes legislation in the United States.  Hate crime laws are those which provide for enhanced penalties for those committing violence against protected groups.  These protected groups are communities identified by race, creed, sexual orientation, and gender, among others.   The purpose of these laws is to provide extra protection for groups and communities that have in the past and presently continue to suffer episodes of violence.

In the United States, the courts have sought to create a distinction between hate crime actions versus hate speech.  The latter is clearly protected by the 1st. amendment to the U.S. constitution, in spite of what ignorant politicians and commentators claim.  Many other nations have laws against “hate speech” and disturbingly this includes a number of western nations that ostensibly share a commitment to freedom of expression.  Is this a distinction that holds up to logic?  I would argue that no it does not.  It certainly cuts against the dominant view of this issue to object to hate crime laws but in reality, hate crimes are thought crimes.

Consider a simple case. Let’s say someone throws a brick through a window and does $1000 worth of damage.  This individual is caught and prosecuted, both criminally and civilly. Assume a first offense, so the penalty will likely not include jail time.  We will speculate that the judge orders repayment of the cost of a window repair and a fine be levied, let’s say equal to the damages done, $1000.  So, the miscreant ends up paying $2000 total. This would be before any civil action which would likely add some payment for “pain and suffering”.

Now, let’s take the same set of facts: same window destroyed with the same brick, same first offense, same damages, etc.  Except, let’s add to this that the window destroyed was that of a Jewish synagogue. We can further stipulate that the offender has made it plain, via social media, etc., that he despises Jewish people and is in fact anti-Semitic.  The court, following the guidelines of hate crimes legislation, imposes the same sentence but with an additional penalty of 30 days in jail.  The upshot is that in fact the individual is being punished with 30 days in jail, not for the crime of property destruction, not for an action committed, but for the thoughts he had against Jewish people.  Yes, he committed an act against a Jewish group, but the extra penalty was not for the property damage but for his being anti-Semitic, there already being a penalty for the property destruction.  This same dynamic is at work whether we are talking about a broken window or a murder.  There are already sufficient laws on the books to combat all manner of crimes against people and their possesions.

It is easy to not care about the extra penalty incurred as being anti-Semitic should strike reasonable people as an odious thing to be.  Why should we care about anti-Semites, racists, misogynists or other prejudiced people?  We should, of course, care enough to prayerfully call out such attitudes as unacceptable to a civilized society, particularly by self-identified people of faith.  It should further bother us though, because of the enormous power it gives the government to define for us, what we should think.

We can mostly agree about the mainstream definition of haters; those who hate based on race, creed, gender, sexual orientation, etc.  Who, given the history of government thinks it will stop there?  We have already seen a “mission creep” of governmental power in this area.  When the proposals came about to make gay marriage legal (which I supported), the promise was made that those who have a more traditional view of marriage will not be forced to acknowledge this arrangement.  As we have seen by the Masterpiece bake shop controversy this promise went out the window rather quickly.  Recently it has been reported that the FBI is considering all manner of conspiracy theorists as hate groups and terror threats.

The government, controlled by those with specific values, is in the process of determining what thought is hateful and what is not, even if the groups targeted are violent or not. I don’t have to agree with traditional marriage conservatives or other conspiracy folks to stand with them in their right to believe what they choose without punishing them for their ideas.  If people commit actual crimes against persons and property, then they should have to answer for their actions in a way that is reasonable and proportionate, not have extra penalties attached based on their thoughts.

It is easy to agree with the animus against those with whom we personally disagree.  History, shows however, that it rarely stops there. What is generally considered hateful will surely devolve into something that will oppress minority thought, that while we may consider odd, is not as clearly hateful as, say racism.  In any event, racists, moronic and vile though they may be, have rights to express themselves nonviolently.  The surest way to combat retrograde thinking is with better ideas.  Just as surely the way to harden hate groups is to isolate them and punish them for their thoughts, not simply their actions.  This will only serve to magnify their sense of persecution and amplify a martyr’s complex.  It will also be easier for law enforcement to apprehend these groups is we don’t herd them into dark corners of the web and our society.  It is also not an argument for these types of laws that the law is having a tough time apprehending these criminals, that is a failure of government run police, not a society upholding freedom of expression.

The just and humane thing to do is to hold people accountable for their actions and punish appropriately when they violate other people and their property.  Beyond that, we should have enough faith and trust in God to use the brains He gave us and do nonviolent combat with odious ideas in the arena of thought.