Guns: What Not to Do 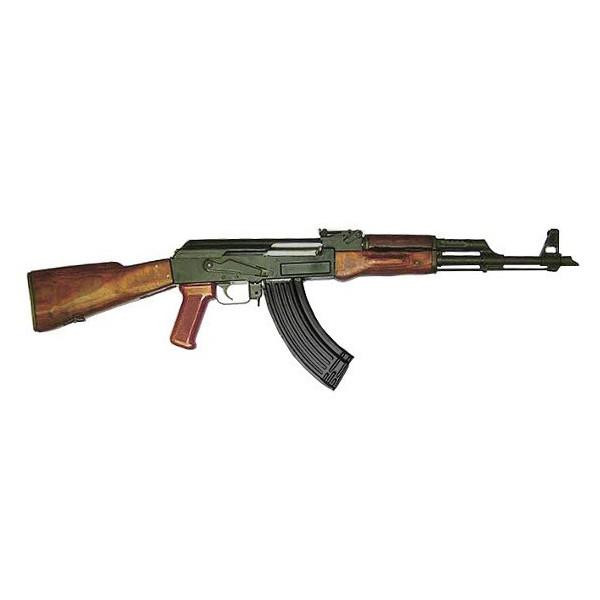 Once again, sadly, I find myself writing in the shadow of a national tragedy.  Another school shooting has come and gone and the usual sides have taken the usual positions; the Right and some on the Left says it’s all about “mental health” problems and the Left says we need “reasonable” gun laws.  Whatever those two positions mean.

To the Left, I ask, why do you always offer solutions in light of these events that would not have prevented them?  Be intellectually honest enough to openly advocate what you really want: outright bans and confiscation.  Then look yourself in the mirror and contemplate the Trump Administration possessing all the weapons in the land.  I have outlined much of these problems in a previous post, as well as some possible means to ameliorate the problem.

I will add that if we want to have a notably positive reduction in gun deaths then we should immediately end the drug war, as most gun deaths are from handguns, in urban areas, tied to the drug trade.  In fact, if you want a policy as successful as drug prohibition by outlawing all guns then by all means go for it.

What we should absolutely not do is to use these tragedies as an excuse to place more power into the hands of the government.  The basic fact of the matter is that this is not a problem that can be solved by government.  As with all problems the government can only make the problem worse.  More to the point the source of the problem is antecedent to government.  In fact the source of the problem is the same source that gives rise to government in the first place.  The human soul is driven to this kind of violence because the human soul is part of a fallen humanity that falls so far short of the Glory of God as to make one wonder why He doesn’t tear it all down and start again.

History is quite clear, humanity is very content to use violence as a means of solving its problems.  There are only two ways to solve problems; voluntary cooperation (God’s way) or power (Satan’s way).  Forget the fact that the way of power does not actually solve the problems it was intended to and creates many more in the process, it solves enough of the problems of the powerful (at everyone else’s expense) to make it a solution worth pursuing.

So when we see an individual wantonly kill as we did in Florida recently, we should in no way be surprised.  It’s who we are as a species.  Its’ what we have allowed ourselves to become.  Humans are killers.  The people that commit such atrocities are not monsters.  They put their pants on one leg at a time, they eat, they have sex, they likely even laugh and love from time to time.  They are human and that is what is so scary to contemplate, we are as a species capable of this and a lot more.  Dark is our reality when we come face to face with this truth.

Even a cursory examination of history should tell us that humanity has always been and still is o.k. with the mass use of violence.  The institution that is most effective at implementing violent power relationships is the government.  It beats roving bands of marauders by a mile.  History is replete with the powerful’s use of the state to abuse the rights and dignities of all God’s children.  This has caused multiple orders of magnitude more deaths than lone gunmen or even organized crime has ever done.

The U.S. is an exemplary example of this phenomenon.  This country was colonized in violence, gained its independence by violence, enslaved millions violently, freed them just as violently and committed genocide against the previous inhabitants with violent brutality.  Then we built an empire based on the export of violence so that the powerful can have their problems solved.  All of this is done by the expropriation of the fruits of the labor of millions of citizens under the threat of violence by the government.   So when someone kills 17 in a school we are shocked?  Why is that exactly?

I know, people will say, but Americans are peculiarly violent.  Well we do kill more of each other than most other nations, especially one’s of similar wealth.  Europe may currently suffer less homicides than the U.S. because of its relatively homogenous racial makeup.  We will see as this continent becomes more racially diverse whether they will remain with relatively low murder rates. But fair enough we are more violent.  We tend to do everything big, so why not violence.  However, we should not let our European brethren of so lightly.  Yes, of late, they have lower homicide rates than the U.S. but that ignores a long and bloody history of atrocities committed against one another; think the Hundred Years War and the 30 Years War for starters, not to mention the Holocaust, the Ukrainian Terror Famine (14.5 million killed) and the two world wars.  Additionally what Europe did to the rest of the world is pretty much beyond the pale.  Just look at the 10 million or so the Belgians offed in the Congo for starters.

With the exception of the narrow window in the 18th and 19th centuries, when the West more, rather than less, let cooperation reign and built the material progress we take for granted, humanity has a sickening blood soaked history.  In fact in that period the West became so rich that we forgot what actually creates wealth and began to use the wealth that was accumulated to oppress much of the rest of the world and blow itself up in the process as the 20th century saw governments kill 250 million, conservatively estimated.

So, what then is the answer?  As should be clear, the answer does not lie in fearfully giving more power over weapons to THE single most criminally violent institution ever devised by a blood soaked humanity; the government.  It should be obvious by now that government cannot keep us safe.  They can threaten and kill us with tremendous efficiency, but keep us safe, sorry!

The answer really lies in the human heart.  I said this in my last post on this subject and I will say it till the day I die, if you want true peace in this world, then bring more to the path of Jesus.  If we don’t think that this path is transformative, then what are we playing at?  As an integral part of this process we must start with an inventory of our own heart.  I have long thought that if you want to change the world, then start with the face in the mirror.  We must make the peace of Christ all that we are and everything that we do.

The Jesus I know would not have us blindly ignore the reality of the criminality of power structures, like the government and turn over more of our lives to a blatantly evil organization.  Instead let us truly embrace the Jesus that had no use for Caesar and instead turned His whole self toward God.  The more of us that can give witness to this, the more that will help others to turn themselves over to the Prince of Peace.  Then maybe we can more, rather than less build a world based on cooperation, not power and see much less of the kind of violence we experienced this past week.