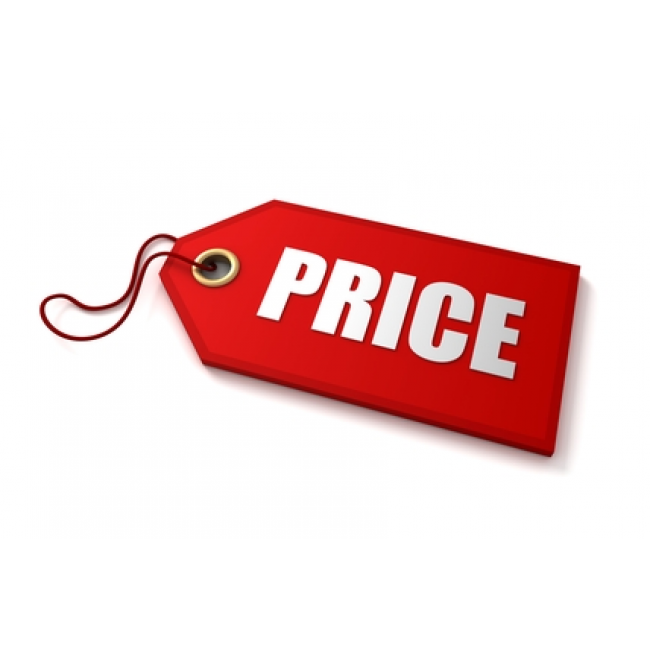 No, this is not the start of some Vince Lombardi-like (did I just age myself) rant about committing to excellence. This is about a society wide problem that is causing untold amounts of damage to our moral and material wellbeing.

First, what is a price? Basically, a price, any price is the opportunity that is forgone. Whatever it is that you could have done is the price you pay for doing whatever it is that you did. This is the first lesson learned in most economics’ courses; opportunity cost. In modern times we express this in monetary terms. If a spend $100 on dinner for two, then I cannot spend $100 on several new pair of pants.

All of this is just a subset of the essential human phenomenon known as tradeoffs. Tradeoffs are a part of all human action. We do one thing or another with our resources: money, time energy, etc. Life is a series of exchanges that represent these tradeoffs. You give and you get, you get, and you give. Indeed, as I argued earlier, these tradeoffs form the foundation of all human ethics. The need for these tradeoffs is rooted in the reality of scarcity.

The problem comes arises, first, when people deny reality. They deny the reality of scarcity, or think it is a conspiracy. Second, the problem is also created by an abject failure to consider others in the process of tradeoffs/exchanges. People only want to get; they are not willing to give.

For example, consider Social Security. Everyone wants to receive ever more generous benefits, but no one wants to put enough money in to make the program actuarially sound. That would involve giving, not getting you see. Or how about healthcare? Everyone wants to have all the care they could possibly consume with no premiums, deductibles or co-pays (This is literally the language of Bernie Sanders and his Medicare for All proposal). None of this comports with reality as discussed here and here. These are but two, albeit large, examples of wanting something for nothing; of being willing to get but not give.

Yet the reality is that nothing is free. This bears repeating in a world chalk full of demands for free this and free that: NOTHING IN THIS WORLD IS FREE!!! Everything we consume must be first produced. In order to produce anything, you need to expend resources, if nothing else, time. The use of these resources and the forgone opportunities that you could have put those resource toward is the price of what you have produced. There is always a cost to whatever it is you want; old age pensions and healthcare services included.

Someone will always pay, even if it’s not you directly. In our statist world of today, those who are politically connected will pay less and reap greater benefits. This leaves those with less political power (this always means those with less money) to pay the bulk of the cost. The whole of society bears the cost in the deadweight loss created by these types of giveaways, but in true shortsighted fashion the politically connected do not care.

In severing the relationship between the user of goods and services and their costs, economic and social chaos is created. Distortions in demand and supply erupt; more of some goods are produced, less of others. Artificial shortages crop up or needless surpluses pile up. Costs are still incurred but those costs are now higher because scarce resources have been wasted, leaving us less materially well off than before. Not exactly God’s idea of good stewardship.

The main vehicle for all this getting “something for nothing” scheme is the creation of money out of thin air via the Federal Reserve. This benefits a discrete financial elite at the expense of the rest of society as I outlined here. It is this process itself, more than the “free” goods delivered, that enriches the top of the economic pyramid.

The root of the problem, as it always is, is moral in nature. We, as a society, have abandoned even the pretense of the Golden Rule. We want done to others what we would never wish done to ourselves. If people are convinced that the other guy is getting the fuzzy end of the lollipop, they are satisfied. Never mind that the vast majority is getting screwed while the same power elites keep getting the benefits.

This abandonment of the Golden Rule helped to give rise to what two authors described as the transfer society. This had the effect of not solving the original “problems” and creating new, actual, problems (and jealousies) which gave rise to the demand for more government programs in a forever vain attempt to stick it to the other guy. All this was as the economist Ludwig von Mises predicted as early as the 1920s.

Again, the easiest way to fool oneself into thinking that you are getting something for mothing is the creation of money out of thin air. This is both a cause and effect of much of the moral problems we face today. We have allowed a small group of elites to control the creation of money and to direct it first to themselves. They then get the benefits of increased purchasing power while the rest of society suffers only the increase in prices and boom and bust effects that follow. Yes, they throw a few crumbs to the less well off, but that is all they are…crumbs.

All this does is perpetuate the unrighteous enrichment of the politically connected classes at the expense of everyone else. This feeds anger and resentment and calls for more of the same. The cruel joke is that the elites will continue to win, even if you increase the power of government. This governing ideology of not needing to pay a price coupled with the democratic idea that power is within the grasp of the many perpetuates this vile situation. In short, the elites are playing the masses for the suckers they apparently are. This would be true even if you outright socialized the society. Years ago, Milton Friedman effectively dealt with the notion that there is no greedy, elite class in socialist countries.

Is there a way out short of the complete breakdown of the system? I am not hopeful. History is full of examples of seemingly perpetual powers that thought they could forever get something for nothing and saw their power crumble. Rome, among other examples, comes to mind.

We can arrest and correct this problem, if we have the will. Nothing is irreversible. A commitment to adhering to the Golden Rule is a good place to start. This would lead to a recognition of the reality of scarcity and the need for tradeoffs. This can then lead to an environment whereby we pay for the goods and services we desire and turn away from the chimera of trying to get someone else to pay our way through the world.

This in turn leads to a demand for sound money and a liberalized, voluntarily cooperative marketplace. This in turn leads to an increase in capital investment, which makes us all more productive, and the more we produce, the more we consume. If we start with the correct moral ideology, we can create a virtuous circle that can carry us up and out of our downward spiral.

I am not confident that society possess the will to do this and the further down we go the harder it will be to pull out of this nosedive. If we do crash and burn, I am afraid a rather rank authoritarianism awaits. This would just perpetuate the rule by the elite, not end it in any way. Yet, we must act with hope and keep fighting for what is right.

In the meanwhile, we can refuse to go down the road of beggar thy neighbor and live as God intended us to, and witness to a better way of living. Demand and give a fair measure in all your dealings. Do the sound and prudent things to prepare yourself and your family for a possible (and likely) financial tsunami. Engage in the kind of stewardship and generosity that you know in your heart Gods wants for us all. Here is a source of great information about such living. Doing all the right things is no guarantee of success, financial or otherwise on planet Earth, although it will give you a fighting chance. Anyway, God’s promises are about eternity. Yet what we do here carries into eternity and gives us an opportunity to witness to His saving Grace.