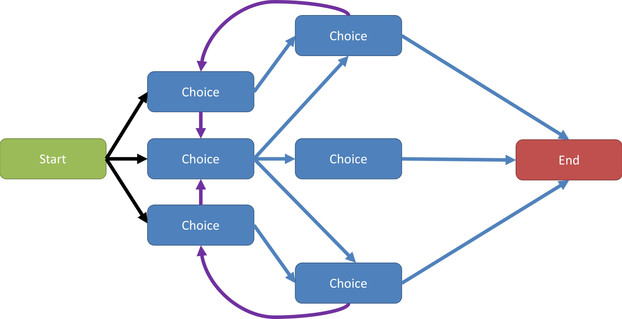 With the recent passage of a slew of state laws restricting legal abortion the issue of choice has come to the fore.  The Democratic party has been universal in its condemnation of these restrictions, while Republicans are openly hoping that one of these laws ends up before a conservative Supreme Court, which will then overturn Roe v. Wade.  The issue is for the Democrats one of increasing human choice, particularly the choice and control a woman has over her body and for the Republicans it is framed as defending innocent life.  My purpose here is not to delve into that topic (worthy though it is to discuss) but to expose the hypocrisy of the modern left.

The “progressive” movement constantly prattles on about increasing human choice.  They usually do so in the context of claiming that people have a positive right to something or other; food, clothing, shelter, healthcare. They never consider the diminishment of human choice that expropriating resources from one group of people and transferring those resources to others entails.  Nor do they consider that in the process of this thievery they destroy the ability of an economy to produce more of these goods and services in the first place.  Yes, they are all in on increasing the “choice” of their favored constituencies, but woe betide anyone out of favor.  Woe betide the whole society in fact as everyone is made poorer. So right off the bat their claims to actually care about freedom of choice ring hollow.

If we think harder about their claims to defend freedom of choice, we see even greater hypocrisy. Yes, a woman should be free of anyone interfering in their reproductive choices but if a sex worker wants to rent out her vagina, they offer absolutely no defense of that choice.  Also, no freedom of choice for the customer who is willing to pay for such company.

If a laborer wishes to sell their labor to a willing employer for a wage below what the scolds deem “acceptable” then again, this free choice is smashed.  If someone wishes to rent out a room that they own via Airbnb, too bad, your choice is not respected.  If you wish to rent out the back seat of your car via Uber, no free choice here either.  Perhaps you desire to engage in an occupation that the bureaucrats have deemed too important to be left up to entrepreneurs and willing customers and instead mandates expensive licensing (which really benefits existing providers, no one else), then too bad for the free choice of you and your customers.

Maybe you wish to put chemicals into your body that get you high, sorry, no free choice here either. Maybe you are looking for medical treatment or a new drug that is experimental and not approved in the U.S. Sorry, no free choice for you, even if you are dying and willing to accept the risks.  Want to give birth with the aid of a midwife, many jurisdictions say no, so much for reproductive free choice.

Time and again these people bellow about keeping the government’s hands off the most intimate decisions people make in their lives.  Yet, time and again, as these examples attest, these self-same defenders of freedom want to exert an immense degree of control of your most personal, intimate actions.  Occasionally, they hit on one or two things that strike them as alright for people to do, so they allow you this “freedom”.  This is not really conceived so much as a right but a grant of privilege from your beneficent government.

It’s not that conservatives are much better.  In fact, they agree with the left on many of these issues.  However, they have often, at least the non-libertarian wing of conservatism, positioned themselves as defenders of societal virtue.  The left, on the other hand, has gone out of their way to claim for themselves the mantle of human dignity and freedom.  This marks them as purely hypocritical.  The right’s main hypocrisy is that they claim to support free markets…HA!

The issue for reasonable people is not whether or not we agree with what people do with themselves; whether or not we find their choices moral or prudent.  The issue is, are people’s actions consensual and voluntary or are they violent and aggressive.  It is only the use of force that warrants a response to stop or redirect another’s actions, because at that point people are not exercising liberty but license.  By the way, this fact is not an argument in favor of the existence of government, as government is not the best or only way to defend our liberty and is in fact the single greatest threat to that liberty. In the end we should look past all the hypocrisy and understand that the only way to ensure truly free choice in our lives is to remove the government from the equation.