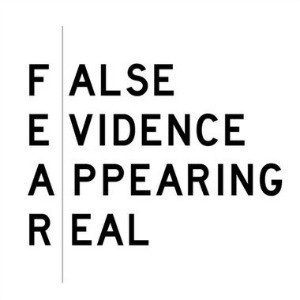 It is an almost eternal truth that fear is a driving force behind much of humanity’s troubles.  Fear of change, fear of the Other, fear the unknown come immediately to mind.  This nearly inevitably leads some to demand control of greater portions of our social and economic lives and a disturbingly large majority of the rest to offer up that control.

The desire of Donald Trump to build a wall on the U.S. southern border and his willingness to shut down a good portion of the government to get that wall, is driven mostly by fear.  Trump’s stated reasons are, as they have all along, been couched in terms of fear of an invasion from Mexico.  This has been put in terms akin to that of an infestation.  The disease analogy is a hallmark of fear driven demagoguery, likely racist in origin but in any event the sine qua non of fear mongers.

The sad thing about this fearmongering is how many people get taken in by this.  A large chunk of people agree wholeheartedly with the President and are loudly demanding the barricades go up in the name of saving our very nation from perishing.  They loudly, if mindlessly repeat every fearful talking point that has been delivered by the President and his anti-immigrant minions.  Like most fearmongering throughout history those talking points rarely hold water.  Regarding the wall they certainly do not.  Reviewing the lack of basis for the fear the president generates should not be taken to mean I am not aware of the tremendous logistical, legal and financial difficulties in building this wall, only that today I will focus on the underlying fear behind the policy.

Broadly speaking, it should be clear that sound economic thinking will tell you that the free movement of good, services, ideas and people is economically productive.  An exposition of these benefits as it relates to immigrants can be found here.  The reality is that immigrants are not taking jobs from anyone, they are creating them by adding their productive power to our communities.  While I do not think that the economic “boom” is sustainable for a variety of reasons, it should be clear that with an unemployment rate as low as the U.S. economy’s is right now, there is little damage being done by the influx of immigrants.  Fear falls before facts.

Additionally, there is little risk to U.S. welfare programs posed by immigrants.  The undocumented only qualify for emergency room treatment at the hospital and public education for their children (which they pay for via property taxes as does any owner or renter of real property.)  As for federal pension and insurance programs, again non-citizens don’t qualify and if they work under a fake Social Security number, they are paying into a system they will get nothing out of, thereby extending the systems’ solvency a little bit.  The fact of the matter is these welfare programs are going broke and have been taken into insolvency by the native born in this nation not immigrants. Immigrants pose no long -term economic threat to U.S. society, unless that is, if we keep them out.  Fear falls before facts.

As for Trump’s immediate fear driven reasons for building the wall, they too are bogus.  Terrorists are not coming in through the southern border in any significant numbers.  In fact, intelligence analysts are more worried about the threat of terrorist entry via the Canadian border.  Good fact checks on these claims are provided here.  The same holds true regarding ordinary criminals.  It has long been known that there is a lower incidence of crime among immigrants than the native born.  Portraying this current wave as being made up of criminals is particularly nonsensical as it is mostly women and children heading to the U.S. border, not a demographic cohort given to high rates of crime.  The reality is that these are desperate people fleeing crime not causing it, that puts them on this perilous road.  They are to be pitied and helped not barred from entry.  Fear falls before facts.

The scourge of drugs is another of the President’s talking points.  Unless we build a wall, he cries, we will be overrun with drugs. Except that most drugs come in via established ports of entry.  They are usually smuggled on ships or planes, as carrying them across a desert is not very efficient.  Even the heroin that mostly comes in via the southern border is smuggled in through legal ports of entry.  A good run down is here.  As for walls keeping out drugs in general, consider that we have not figured out how to keep drugs out of prisons with their relatively compact walls, so consider how a really long wall will fare.  Fear falls before facts.

Almost all the other problems surrounding this migration have been caused or exacerbated by U.S. policy. This is mostly a human rights nightmare because of the choices made by the administration, choices made and justified by mindless fear.  Walls are for the fearful and the backward looking.  Most notable walls in history have been built by states in or near decline.  A confident, free society need not fear the arrival of newcomers and for a long time this confidence marked the United States.

A fear has taken hold because much of our culture has become slowly given over to the notion that we must give up control of our lives in order to be safe or prosperous.  This fear did not begin with Donald Trump, he just seems to wield it more openly and effectively than other presidents.  Fear is a precursor of the demand for and the yielding of ownership of our lives.  As Christians we should know better.  This very week the Old Testament reading was Isaiah 43:1 “Do not fear, for I have redeemed you;I have called you by name, you are mine.” Let the heathens live in the darkness of fear.  We live in the light of our Resurrected Savior. To live out that call, let us boldly have enough faith to use the brains God gave us and bury our fears at the foot of the Cross and welcome the stranger among us the way Jesus taught us to. Then we can graciously say to those who come here from foreign lands the only two words that should cross a Christian’s lips; welcome home.