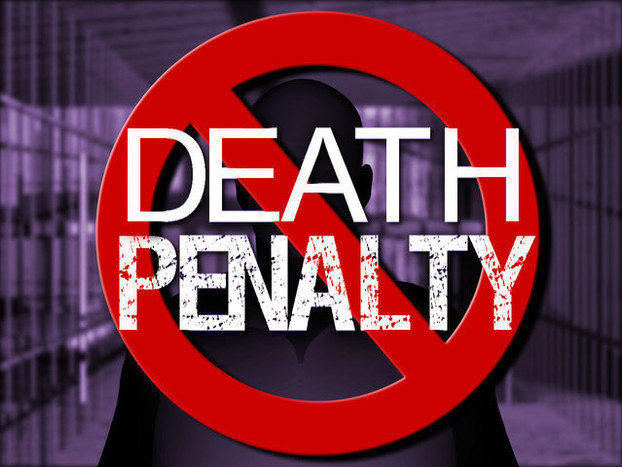 This week saw the Catholic Church make a significant change to its Catechism at the behest of Pope Francis, by proscribing the Catholic faithful from supporting capital punishment. Now as a former Catholic I have many various and sundry theological and practical differences with the Catholic church. In this instance, however, I will gladly state that the Bishop of Rome got it exactly correct.

If however, we lived in a completely laissez faire world where there was no government and only voluntary defense associations, could we as Christians support capital punishment? I think the answer is a clear no. I claim no original thought on this matter and rely heavily on the great teaching of Jean Lasserre and his amazing work War and the Gospel.

First, there is no Scriptural support in the New Testament that Jesus ever sanctions violence of any kind. This is true in all that He taught as well as the accounts of His life.  This same statement may also be said of the Apostles.  I am happy to engage in conversation with anyone who thinks they can point to a passage which supports in any way the use of violence.

Now there is a specific text which has great bearing on the death penalty, that is John 8:3-11.  This is the famous text of the adulterous woman at the well.  She is brought to Jesus and put through a trial.  She stands guilty.  The Law of Moses (LEV 20:10) is clear, she must be put to death.  The scribes and Pharisees are, of course, trying to trap Jesus. If He condemns her then the harsh law of Moses is enacted and Jesus loses His standing among His followers. Also by taking responsibility for the woman’s execution Jesus would be directly challenging Roman law and their prerogative to put the guilty to death.  If Jesus does not condemn the woman then He is directly contradicting the Law of Moses and can stand accused of not following the Jewish teaching and will therefore lose legitimacy.  The Jewish leaders implicitly grant Jesus the role of King in this moment, this is a role they will discover that He is comfortable in fulfilling.

The legitimacy of the infraction or the penalty is not in question in this text.  The woman is guilty and the penalty is clear.  Jesus turns all of this around in a stunning instant as He simply asks that if anyone present has not committed a sin to please cast the first stone.  One by one these hypocrites drift away as it becomes obvious that they are not in such a position as Jesus has put them.  They have all sinned and are all ineligible by Jesus’ standard to execute the death sentence upon this guilty woman.  The situation is reversed.  The scribes and Pharisees are now the one’s exposed.

The immediately amazing lesson here is that in the end it is Jesus alone who is without sin (see John 8:46). Jesus is making a remarkable eschatological statement that He is Messiah and alone can stand in Judgement.  What then is Jesus’ judgement?  He does not condemn the woman and tells her to go forth and sin no more.

Jesus is revealing the main point about Old Testament death sentences; namely that they were not really intended to be carried out.  In the end flouting God’s laws makes one deserving of death. Old Testament death sentences are about God’s final judgement, the wages of sin being death.  By this standard we are all deserving of such death (as an aside that is the comical point of Bob Dylan’s masterpiece Rainy Day Women #12 & 35).  The only true way to repay God for our sins is death.  As Jesus knows He is about to expiate this sin on our behalf by His death.  So Jesus affirms the death penalty while making sure it is not carried out because His own death penalty is coming soon.  So this is another way of stating the mystery of the not yet and the already. Jesus reaffirms that judgement will occur on the last day and that it has already taken place in the form of His death and Resurrection. In the end, as Jesus claimed, He came not to condemn but to save.

So the earthly lesson for us is that it is God alone who may impose such a judgement and penalty and He clearly chooses NOT to do so.  As followers of Christ using Him as our exemplar, how can we do otherwise?  No one is saying we cannot keep ourselves and our communities safe from criminals but that we may not impose the finality of death upon others in the process.

Let us also quickly lay aside any practical concerns since we should all be comfortable in the knowledge that a gracious and loving God would not make the right thing to do an imprudent thing to do.  We can clearly keep ourselves safe with life in prison versus the death penalty.  We can clearly save money and angst by not allowing for a painfully drawn out process leading up to an execution.  We can also serve the better angels of our nature and build community by not indulging in such a purely vengeful act. In short we don’t need the death penalty to have a safe and prosperous community.  To continue this barbaric practice says much less about the guilty who are executed than it does about those who would depress the plunger.

Let us celebrate our Catholic brethren who are leading the way in this Godly call to eliminate this vengeful practice and call ourselves to a deeper understanding of God’s word to us and His plan for us.