Dream It, Demand It 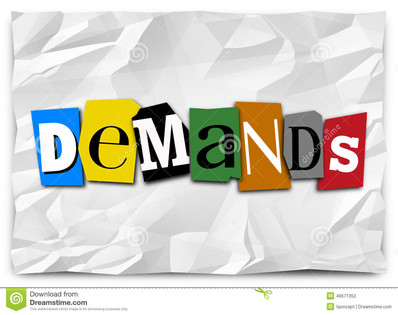 Tooling around You Tube I ran across the old Elvis clip from his 1968 comeback special in which he is singing the classic If I Can Dream, in which he plaintively asks “why won’t my dream come true?” This got me to thinking about why our dreams don’t come true. I suspect that it is because we let them stay dreams.

Let’s get our terms straight first. In dreaming of a better world, we must acknowledge the limits. There is no point in dreaming of something that can never come to pass. We will not rid the world of sin, violence, or the weakness of a fallen humanity. There will always be disease (probably anyway), natural disaster and accidental death. There are simply many things which cannot possibly be achieved. To contemplate the solution to these problems is to engage in fantasy more than dreaming. Also, it is important to differentiate between what is not likely to happen with the above type of items which never can happen. We should focus attention on those things which could possibly be accomplished, even if it unlikely it ever will become reality.

For starters, we can conceive of eliminating government. Anarchy is possible, however unlikely. This can be conceived of. In fact, there are historical examples that support this idea, as can be seen here. We can conceive of a world without war. We know what it takes to cease this kind of mass bloodletting. We know how peace can be practically won. We know that we can achieve an actual free and honest marketplace. We understand that we can create a world of rising real incomes, marked by the free flow of goods, services, ideas and people. We understand logically that we can steadily reduce poverty with the production of ever more and better consumer goods that will make human life easier. These things are legitimate dreams not fantasies.

None of these dreams need contradict those things identified as unattainable. Even if we accomplished all that I just laid out, we will still have crime, we will still have disease and heartbreak, we will still be the imperfect fallen creatures that we will always be. Even poverty will not be eradicated quickly (it being fanciful to think it could ever happen overnight) and there will always be relative poverty in any event. It is important to keep this in mind because in discussing this we will be accused of being utopian. Reject that claim for it is a means of giving in to despair and the evil idea that the world can never be made substantially better. It is an argument for the status quo. There may be no more vile idea than the one that says we can never improve.

If not charged with utopianism we will be charged with political naiveite. We will be laughed at for proposing such an “impossible” dream. Politics is about the “art of the possible” we will be told. Resign yourself to the world of the possible, which is code for leave the world alone and accept it as is. “As is”, of course, means a world of ever-increasing state power and control. This is of course nonsense. History is too full of examples of dramatic change to begin to list here. Yes, politics is the art of the possible but that just means deep change comes by redefining what is possible. Profound change comes about by moving outward the arc of what is possible. I would offer one glaring example of this in our modern world. If you look at the ten planks of the Communist Manifesto, it is clear that we have given in to at least half of them, arguably seven or eight of the ten. Who would have thought that possible when Marx wrote this in 1848? For that matter who would have ever thought that the mercantilist policies of the 17th century would ever give way to the more limited government and free market regime that propelled the world forward during the industrial revolution?

The reason the world changes is that those who dream then demand. They turn from simply conceiving of a different world than the one they currently live in to demanding its change. It always starts with ideas which then percolate into action. The only reason some claim that your ideas are not remotely possible is that they either want to see different ideas triumph or they are themselves bereft of ideas. Either way if we cave into this then we are pitiably weak and deserve to be steamrolled.

It is long past time for us as Christians to get right with the kind of world God wishes us to inhabit and to demand that we move toward that world immediately. We need not fear the charge of “imposing our religion” on others as there is no cost to anyone by creating a world of purely voluntary interaction without coercive state power and protection of the right of everyone to peacefully interact with whom they choose, how they choose. This is our God-given right, let us not be shy in demanding it. Demanding it not only on our own behalf but on behalf of everyone in the world who will be made measurably better off by the implementation of such a political order.

Let’s make this the Advent season whereby we begin to stir our hearts and minds and to dream big, so-called “impossible” dreams and demand that they become reality. If, this Advent season we need a boost to our morale to begin this revolution of ideas, consider that December 25th. we celebrate the arrival on Earth of a lowly carpenter’s son, born in a manger amongst animals, who lived only 30 some years and had a public ministry of about 3 years, which ended with a shameful criminal’s death. We do this over TWO THOUSAND years later. We do so because He had an enormous dream that He demanded be implemented RIGHT NOW. In spite of the fact that we have made a hash of that dream, it still remains in the hearts of His followers, let’s start the process of turning this into a reality.