Covid & The Cult of Fear 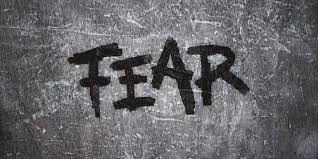 The entirety of the response to the pandemic has been driven by fear. This was simply an intensification of a preexisting trend in our culture. We can see the phenomenon of “helicopter” parents, the concept of “microaggressions” and “triggering” words. The very notion of words being an assault is testament to the fear driven mentality.

Regarding the pandemic specifically we can see this mentality most clearly. From the start there was a focus of the case fatality rate rather than the more informative infection fatality rate. This created a great deal of fear of dying because the death rate seemed so much higher when you used a smaller denominator.

The forced imposition of various non-pharmaceutical interventions (NPIs) that were and are out of all proportion to the risk involved. We continue to see this with the head of the CDC strongly implying that masks are as effective as vaccines. There is no correlation between various levels of stringent NPIs and the transmission rate, yet the powers that be still loudly claim we must impose these stringent measures for our “safety”.

All of this points to the near mono-maniacal focus on Covid mitigation to the point where there is no other value whatsoever. This is, as I pointed out, an abdication of the task of humans to engage in ethical reasoning. That reasoning being marked by a consideration of costs and tradeoffs.

The Rise of the Cult of Fear

This broad-based cult of fear has seeped into almost every area of our society and polluted how we think and act. We have an irrational fear of accidents and illness. This was a rising problem before the pandemic, it has only gotten worse since. All the guidance from the public health authorities is one of excessive caution. The CDC claims that most should not ever drink, and pregnant women never ever, ever, ever. This, even in the face of the results of one of their own studies. They would destroy the simple pleasure of occasionally eating raw cookie dough. And meat? Cook to 145 degrees or apparently you will die. They are not just fearmongers, they are positively uncivilized.

There is of course the well-known and disturbing rise in the fear of other groups of people. Call them tribes, opposing political parties, or even those deranged enough to think different ideas, hold down different types of jobs or live different lifestyles. Those who are different are no longer just odd to us, they are positively evil. These fears are a part of the erosion of the twin values that uphold a free and peaceful society; tolerance and resilience, which I discussed previously.

This erosion of these key values has coincided with a rise in fear and a rise in the state apparatus that both attempts to manipulate this fear and at the same time exacerbates the fear.

From Whence the Fear Cometh

Fear is driven primarily by the unknown, or more pejoratively put, ignorance. Fear is an innate and not altogether deleterious vestige of our evolutionary path. Yes, there was a time being afraid might keep you alive. In a modern, globally integrated society the time for this kind of fear is long gone and damaging if it is dredged up. Long-term trends in crime, poverty, health and even climate related damages and deaths are all going in the right direction. This site offers a good antidote to the standard media portrayal of gloom and doom. Of course, we have problems but the recent uptick in violence and economic dislocation are the downside effects of fear driven policies. The upswing in human well-being is not written in stone, we can turn the other way if we continue on the disturbing path we have started down.

I would argue that the fear we experience today has its wellspring in the slowly growing power of the state. Various groups attach themselves to the state, they create economic dislocations that give rise to further calls for government action and on and on. We end up politicizing everything and building not a government that protects rights (there really is no such thing), but a government that perpetuates a transfer society; a transfer of wealth from out groups to in groups.

This rise in the place of politics in society creates warring groups that seek control. Politics is nothing but the struggled of these groups for power. The greater the reservoir of power, the more intense the struggle. They are fear peddlers. ALWAYS they claim to be able to salve your fear and solve all your problems. Solve your problems at the cost of control of your life that is. This has always been the path and process of the fear peddlers. Sadly, this is true of Christians, who find themselves on both sides of the fear peddling line.

We as Christians can break free of all fear by remembering who we are and whom we serve. We have been given the gift of an eternal relationship with the Father through His son Jesus the Christ. We need only believe that God is telling us the truth and believe His good and gracious word. We have heard it and we do believe, what is there to fear after that? If we believe SO strongly in this promise or in any of our beliefs for that matter, we should immediately be comfortable with others and their choices. Jesus never needed to resort to violence driven by fear when He was faced with opposition or even scorn.

We can use nonviolent moral suasion which will carry the day or let others wallow in their “ignorance” and invite them to let us wallow in our “ignorance”. In the end, fear, is simply a lack of faith. Yes, we all have moments of doubt driven by fear. That is alright, we are only human, and God will ALWAYS forgive us. As always, when we faceplant, pick yourself up, ask for forgiveness, believe in the promises and trudge on.

Tell the fearmongers that you do not need to walk down that dark path. We follow the Light of our Risen Savior. He has through His life, death, and resurrection allowed us to cast off all fear and live the fully human life God intends for us.