A Tale of Youthful Ignorance

It was mid-November of 1990, and I was working as a bartender/manager of a family-owned pub and grill.  I have written of the importance of such places previously.  I was at the time looking ahead on the calendar and thinking about what specials or events I could cook up to drum up some business, have a little fun and of course, fill up the tip jar.

As I looked ahead on the calendar my eye fixated upon December 7th.  I am old enough to have known many people, my parents among them, that remembered and communicated the meaning of this date, a date “that shall live in infamy”.  That it holds such a reduced space in our minds is testament to the truth that what is of supreme historical importance today will eventually fade.  A humbling thought to be sure.

In any event, it occurred to me to build a drink special around this event.  Thus was born “Kamikaze Night”.  For those not in the know, a Kamikaze drink was made of vodka, triple sec and lime juice.  It’s appeal as a drink special was that you could make up large batches at once and crank out a lot of orders in a short period of time.

So, I called my buddy and liquor wholesaler and asked if their art department could come up with a large banner to help us promote the event.  The art department came through in fine fashion.  They delivered a very large banner that took up a good chunk of a wall in the bar.  In the center background was a rising sun, emblem of the Japanese military.  Surrounding that was a scene of dive bombers attacking a fleet and smoke billowing from the ships below.  Of course, the critical information was there as well; the date: December 7th. and the special price, $2.  In addition to that I went to a novelty store and bought headbands with Japanese symbols (I have no idea what any of those symbols meant) on them to give away as door prizes.

The whole evening was an astounding success.  We sold over 200 hundred Kamikazes (no fights, or barf).  This brought in over $400 of additional revenue to the bar that night.  Considering that at the time a good Friday night was about $2000 in revenue, a $400 bump was a 20% increase.  Not to mention the fun had by all, and the fuller tip jar.

So, from the vantage point of 2022 (my God 32 years ago!) the question arises, is this a cancelable offense.  Let me state first, that it is from today’s vantage point, offensive.  I mean patently offensive.  To take a violent tragic event and even 49 years later use it in such a crass way to build a bar special around it was gross.

Clearly, by the standards of today’s cancel culture this would qualify.  It does not matter how long ago the transgression occurred.  It does not matter how young and foolish one was when one committed the gross act, it merits cancellation.  Any such insensitivity to historical tragedies, and other cultures, particularly for monetary gain merits cancellation by the current standards.

Now the form of the cancellation can vary (perhaps even the Stay Puft Marshmallow Man).  It may mean losing your social media following.  It might mean loss of people buying your goods and services, particularly books and the like.  It may mean the loss of a job or even a career.  I am not arguing that people do not have the right to make choices about whom they associate with or the products they buy, I am only contemplating the nature and the justness of this phenomenon (which to be fair, has always been with us).

What should be clear is that there are gatekeepers today who decide these things and they look little different that the mobs rushing Castle Frankenstein with torches and pitchforks.  The usual targets are those least able to defend themselves, as  I pointed out here, and they claim to be the deciders for all of society.  What should also be clear is that these people, while within their rights of association and speech have a deeply authoritarian mindset, as they are nearly totally intolerant.  This is dangerous because toleration is one of the foundations of a free and just society.

That said, it cannot be denied that there are actions for which we should be held to account.  There are things we do that are troublesome, biased, bigoted and/or just plain gross.  You know, like hosting a Kamikaze drink special on December 7th.  Part of the task for society is first, to decide which actions are truly deserving of opprobrium and which are merely minor faux pas.  Second, we must look at the context of both the action and the later response of those that commit such actions.  This is where it gets truly troublesome, especially for people of faith, who are far too often the first to light a torch and grab a pitchfork.

The first thing that should trouble anyone, but especially people of faith is that there is apparently no redemption possible.  Once “convicted” of a cancellable offense, you are done.  No apology is ever enough, no acknowledgment of the hurt you caused because of the mistake you made is sufficient.  Even if you are made to apologize and denounce yourself publicly (as Mao made millions do), this is never enough.

In addition to this no amount of context is enough to generate any sympathy.  Teenagers are held to lifelong opprobrium for an ignorant youthful comment, non-public figures are hounded because of a tone deaf action.  This type of response has become the norm, not the exception.

What is most troubling from a faith perspective, is that this allows zero room for either growth or redemption.  If there is no possibility for redemption, then what are we of faith playing at?  Jesus forgave those murdering Him from the Cross, yet if you said something homophobic 15 years ago, you’re forever toast.

This is a profoundly uncharitable viewpoint, not befitting those who would call themselves followers of Christ.  We are to forgive even those who do not wish to be forgiven.  How many times are we to forgive?  One more time than you think you ought to.  True, you may not want to do business with someone who is not apologetic for a clear lapse, but you should still forgive, or at least want to.  Recentering our minds around the charity that God offers us through Jesus would see us first, be more circumspect in deciding what is an “offense” and then much more charitable in recognizing penitent hearts seeking to make amends.  This strikes me as a much better response to the gifts God has given us than spiteful retribution.  It would also see the faithful leading the way to a better society, you know the way God wants us to.

And As For Me…

As for my response, I am sorry that I was that ignorant.  It was not the crime of the century, but it was tone deaf, nonetheless.  If I had it to do over again, I would not have cooked up a Kamikaze Night special.  But that’s the thing, we don’t get do overs.  We only get to grow and learn.  There are too many things to mention that I wouldn’t do again if I had a do over opportunity.  All we can do is apologize, ask forgiveness from anyone affected and try and do better.

As to the question whether anyone wants to cancel me, well I will give the answer I think Rhett Butler wanted to give; frankly my dear I don’t give a shit.  First, I would be careful about canceling anyone because you never know where it ends, and it might end with you.  If I am to be canceled, then so must every patron who saw the sign and responded positively by showing up and partaking in Kamikaze Night.  The fact is, I was right about what my customers wanted, and the proof was in the till and the tip jar. My guess is that all involved have grown and matured.

Second, and more importantly, I am pretty, pretty sure that I will not be standing in front of any of you when I am all done dancing on this earth.  God knows my heart, and He knows I am penitent, that is quite enough for me.  I have been on both sides of the forgiveness line and have spent far too much time burdened by a guilt that God long ago absolved me of.  I have emptied my closet of all my hairshirts, and I am not inclined to don one again.  If you are sorry for anything in this world God knows and forgives.  If God has forgiven you, then in the name of God forgive yourself, then go out and forgive someone else.  In the process you just might find it healthier for yourself and society if we forgive instead of cancel. 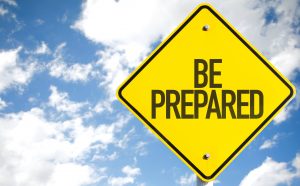 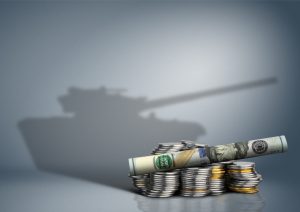 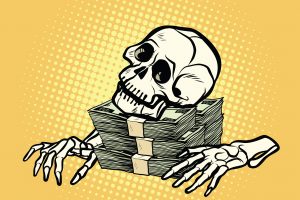 The Who and Why of Wealth