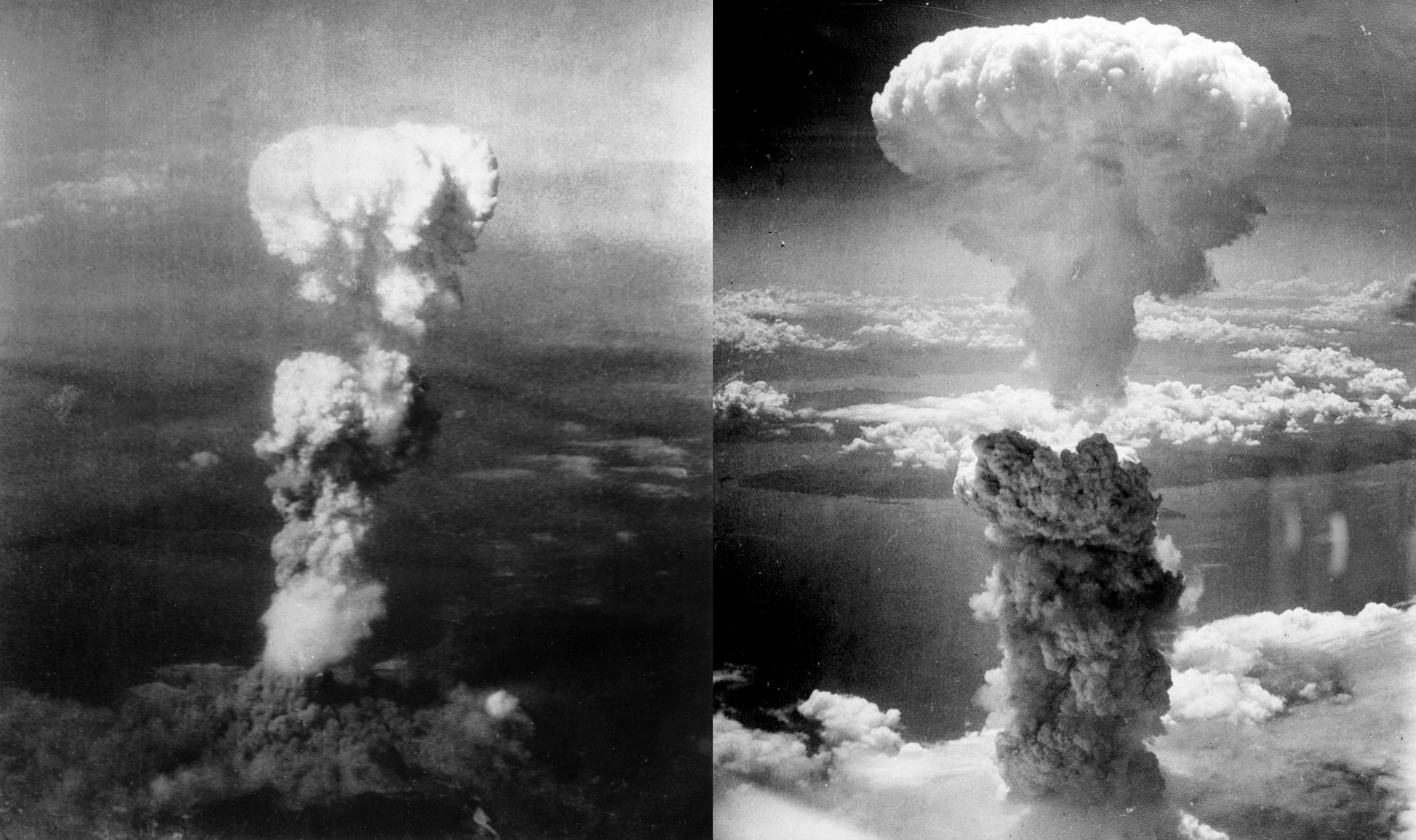 The following is an encore of the post I published last year on the 75th. anniversary of the nuclear bombing of Japan by the United States. If you want a truly excellent narrative of what was done to these people then I highly recommend reading Nagasaki: Life After Nuclear War.

I will continue to repost this every anniversary until nuclear weapons are abolished. I am not naive, I will be reposting this the rest of my life. Such is the path of Witness.

This August 6th. and 9th. mark the 75th.[76th] anniversary of the United States dropping nuclear bombs on Japan. It is important on such a notable anniversary to make sure that we recognize the atrocious nature of what can only be called crimes against humanity. There is no moral doubt that the nuclear bombing of Japan is a crime against humanity. In fact, the entire war was a crime for which there was no justification. This is true even using a heathen just war standard.

First, there was no just cause for entering the war, particularly against Japan. There are three reasons for why a nation may justly go to war; to protects its territorial integrity, its sovereignty or it’s transit on the high seas. Neither Japan nor Germany threatened the United States in this manner.

Second, The United States, in fact, pushed Japan into war. The reality was that this was a contest between two empires jostling for hegemony over the Pacific. Prior to the attack on Pearl Harbor (July 16, 1941) the U.S. seized all Japanese assets in the U.S. in retaliation for the Japanese move into Indochina. On August 1, 1941 the U.S. placed an embargo on oil and gasoline exports to Japan thereby severing 80% of Japan’s access to oil. Now technically this was not an act of war, unlike say, a blockade but ask yourself how long you think it would take the U.S. to go to war after losing access to 80% of its oil? My guess? Close of business that same day. So, while the U.S. did not technically violate the standards for a just war, they came as close as a nation could and should have not been surprised at the result (whether or not they were is a different question). I am not justifying the Japanese attack in any event. As I stated, they were an empire seeking hegemony. All I am pointing out is that the U.S. was not simply sitting around peacefully until Japan launched an unprovoked attack.

The other main justification for entering WWII is to stop the holocaust and prevent Germany from placing the U.S. in an untenable international position. Again, Germany was not a threat to the territorial integrity, sovereignty or transit on the high seas of the United States. The high point of German conquest during the war was the Spring and Summer of 1941, at which time the U.S. declined to go to war. This excuse to justify entry into the war against Germany seems an after the fact rationalization not something that U.S. policy makers argued at the time. As for the holocaust, it is clear that the war itself gave the Germans more cover to practice genocide than peacetime did or could.

So, since the entry into the war was not justified all the casualties perpetuated by the U.S. and its allies are to be considered crimes. However, even if we assume a jus causes belli, we still must demand jus in bello, or the just conduct of a war. I am not going to go in depth on this as it is beyond the scope of this post. However, one of the key points of just conduct of any war is that you may not intentionally target civilians. The intentional targeting of civilians is exactly what the allies did throughout the war. The thousand bombers over Dresden Germany, the destruction of German population centers, in an explicit countervalue strategy designed to break German morale were all a part of this policy. So was the fire-bombing of Tokyo and other Japanese cities. There was little military strategy to these targets and the strategy backfired as it only hardened resistance to an enemy that Germany and Japan could paint as bent on total societal destruction.

The nuclear bombing of Hiroshima and Nagasaki fit this mold. Hiroshima, in fact had a reputation as a “blessed” city as it was not bombed during the war, although it had some military value as a target. It was instead set aside as a potential target for the completed U.S. nuclear weapon. That the U.S. did not bomb Hiroshima only served to maximize civilian deaths when the attack did come as so many moved there to avoid the terror bombing of other Japanese cities. Even if we grant the U.S. a pass on not knowing how destructive nuclear weapons were (making them uniquely immoral), the destruction of two population centers is unequivocally a crime. Many have later justified the U.S. nuclear attacks as being necessary to save at least a million U.S. lives in an invasion of the Japanese home islands. This is another after the fact rationalization. 1 million casualties would have been a higher casualty rate than the U.S. experienced in any other theater of WWII by multiple orders. Also, it is unlikely that the Japanese could have even hit invading troops with rice balls as they had none. That is how utterly, and materially exhausted Japan was by August 1945. As great a military historian as BH Liddell Hart severely discounts this notion of such a high U.S. casualty rate. In any event the Japanese surrendered after being finally granted their only real condition; the maintenance of the emperor on the throne. There are many theories as to why the U.S. dropped the bombs; such as to impress the Soviets or as the culmination of a bureaucratic process, the fact remains that it was unnecessary and immoral to target a population center.

It has long been clear that history is a Christian ministry. Since this is the case it is critical that we call out the perpetrators of history’s crimes, even when it is our own nation. We must hear history’s victims and give a voice to their suffering. Christians must as a matter of conscience acknowledge the crimes against any of God’s children and never let these crimes be forgotten. For one thing, it might just make us wiser and more judicious as we think about our options today. More importantly elocuting to the truth of history’s crimes is the least we owe to the victims of past human violence. Here God put us, we can do no other.