All Socialism is Hateful 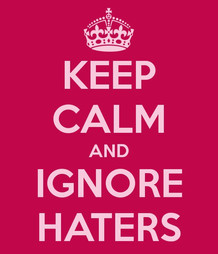 Much has been rightfully made recently about how hateful the white supremacist movement is, what with their brandishing of swastikas and chanting “blood and soil”.  People are understandably disturbed by such hatred being directed at people based on such visible characteristics as skin color or ethnicity.  Yet is there any substantive difference between the hatred of these National Socialists and any other brand of socialists?

First let’s be clear, today virtually all socialists are National Socialists.  No, not that they are all NAZIs but that there is no international socialist movement uniting the proletariat of all nations.  The Comintern is dead. While worldwide worker solidarity may have been a genuinely held belief of Karl Marx, in the hands of actual governments it was replaced with a tribal sensibility.  Even before its actual death the Comintern was little more than a tool of Soviet foreign policy.

Socialists such as Elizabeth Warren and Bernie Sanders are also nationalistic in their approach.  They want restricted trade to benefit U.S. workers, they want any trade agreements to provide the same worker benefits and environmental policies as in the U.S., in other words price foreign labor out of the market.  They also favor managed immigration flows in order to stifle foreign wage competition. All of these are beggar thy neighbor nationalistic policies that differ very little from Trump.

Let’s also clarify something about modern socialism; it is almost universally socialism of the German pattern, as defined by Ludwig von Mises, in which there is nominal private ownership of the means of production.  This is as opposed to Mises’ definition of socialism in the Russian pattern, whereby the state legally owns all the means of production.  Other than North Korea, Cuba and Venezuela there are virtually no Russian pattern socialist states.  Current serious socialistic proposals all fit the German pattern, both Right and Left.  That the Left brands the Right as fascist or corporatist because of this should not obscure the fact that all socialists are in sync regarding the legal form of their policies.   There is, of course, no effective difference between the two as ownership goes with control, so if the state exercises control it exercises ownership.

Is there, then, any moral or practical difference between Right socialism and Left socialism?  None.  Both forms will expropriate vast quantities of your wealth for use by the State.  Both forms will reduce individuals to a level of vassalage and social control befitting their worldviews.  Both forms will not hesitate to use violence to enforce their view of the “good”.  Both forms will distort and damage the economy as both will direct capital flows to where the political class, not the market, desires.

This does not mean that all supporters of socialistic policies or candidates are haters.  They may be low information voters.  They may be confused or frightened.  They may be justly angry at the way that decades of immoral and imprudent policy choices have degraded them economically and socially.  Regardless of their relatively benign intentions the philosophy of socialism is itself hateful.

The Left will object, of course, that Trump and his racist supporters are clearly more violent.  It is evident enough that they are more openly thuggish than the left.  Although there is plenty of militancy among liberals.  Let’s grant our liberal friends that Trump himself more openly acquiesces to violent tendencies than leftist leaders.  I would argue that this makes those leftist leaders more dangerous.  The button-down hatred of an Elizabeth Warren or even a Hilary Clinton provides a veneer of respectability that hides violent tendencies and policies.  Does anyone doubt the punishment that awaits those who defy the regulations of a Warren or Sanders administration?  Does anyone think Hilary Clinton would be better for civil liberties than Trump?  If so then read this.  Does your tax burden feel different under a Republican than a Democratic administration?  Does jail feel different if Warren put you there or Trump?

The only difference between left and right is the object of their hate.  Right socialists will often, if not always direct their hate at racial and ethnic minorities.  Left socialists usually direct their hate at those in a different class, the industrialist or the landowner for instance.  You only have to listen to the seething anger that animates Senator Warren as she talks about how much everybody “owes” the government to understand that there is hate in her veins.  The envy that drips from Bernie Sanders about commerce and wealth is not morally different than the venom Donald Trump spews about Mexicans or Muslims.

All socialists seek a political solution to what they see as society’s problems.  Politics is about winners and losers, power and control, domination and subjugation.  These are values antithetical to that of the voluntary market which produces non-violent win-win outcomes and a clear tendency to break down social barriers.

Why would Jim Crow laws be needed if the market were not breaking down social barriers that so angered the racists.  Why do we need immigration restrictions unless the market is openly accepting of different people from foreign cultures?  Who loses from an Uber or Air BNB transaction on a free market?  Markets are about peace; politics is about demonizing the other and it matters not whether it is Right or Left socialists in power.  You will be just as oppressed under a strong man authoritarian model as under a politburo bureaucratic model.

Social science does not lend itself to neat, controlled experimentation.  However, history does get us close to this when we study the similarities between Right and Left socialist regimes from the 20th. century.  Hitler’s NAZI regime exterminated around 10 million, mostly on the basis of their racial background.  The Soviets killed roughly 10 million Ukrainians in the  terror famine of 1932-1933., simply because they were Kulaks who were successful enough to be small landholders.  Mao killed at least 50 million in the Great Leap Forward and the Cultural Revolution for being of the wrong ideology.  Pol Pot offed a third of Cambodia for being too educated.  Were any of these victims less dead because they were hated for reasons other than race?

Power is as power does.  The use of power is about denigrating and destroying the rights of the other.  In short it is hate on wheels.  Socialism or any other form of statism of the Right or the Left is equally odious and must be rejected by those who wish to follow the Gospel.