A Tale of Two Eulogies 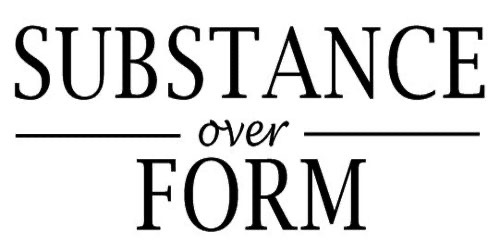 A few years ago, I attended the funeral of a woman whose family I know quite well. I had fond memories of her, and I was sad because of her too early departure from this world. Her eldest son gave the eulogy. He is one of the finest technical speakers I have listened to. He has excellent stage presence and is comfortable before a crowd. He has outstanding vocal variety and an excellent sense of timing. He manages to intertwine a message with substantive points and humor. The audience thought so much of the speech that they gave him an ovation at the end.

The only problem was that this was one of, if not the worst eulogy I ever heard. In the process of this talk the speaker managed to call his mother harsh, cheap, hard-hearted and cold. If you knew the family, you would know that he even took a shot at his sister. Now I am not here to say that any of the things he said about his mother were untrue. He knew his mother a lot better than I did and his emotions are his own. I am simply here to state that this was a terrible eulogy. There is a time and place to air out these kind of difficult child/parent issues and it is most decidedly not at your mother’s eulogy.

A little while after that experience I had the opportunity to listen to a eulogy from the sons of one of my parents’ good friends who had died. Neither of these two individuals were particularly good speakers from a technical perspective. They were halting and they often spoke in a bit of a monotone voice. All the same it was a wonderful eulogy. They talked about their favorite memories, the things he enjoyed doing and what a great father he had been. They shared humorous anecdotes about his foibles and clearly expressed a great love for the man.

It has always struck me that there are deep lessons to learn from these two eulogies. First, there is a time and place for everything. Again, I am not saying that the first speaker was wrong about his mom but if you cannot speak well of the recently deceased at their funeral, then let someone who can speak instead. Have your mom-son issues worked out with your therapist, there is nothing wrong with doing so, but please spare a funeral audience your angst. The gold standard for eulogies is either that you hear one and say that is certainly the person that I knew; or that while the deceased was a dirtball, I’m glad they had someone speak well of them or if you didn’t know the deceased you leave the eulogy wishing you had.

Second, one should always look at the substance of a speech before the style. Yes, it is nice to have both a substantively good speech delivered by a technically proficient speaker. It helps people to better understand and absorb the ideas presented. In the end, though, what matters most are the ideas presented. One of the big problems in society is that too many fall for a politician simply because they can deliver an effective speech. Too few ask themselves whether or not the ideas make sense and instead focus on the technical proficiency of the speaker. Applauding a eulogy that was actually very harsh is too bad but voting for a demagogue because they can rouse a crowd through a speech is dangerous. The sorry state of our government run amok is a testament to this truth.

In the end, for Christians, we should keep in mind that as we have been forgiven, we too should forgive. It is ideal to forgive before someone dies but for the love of God please let go before delivering such a harsh talk over the body of the deceased. At the same time that we are to be a loving, forgiving people we are also called to be as wise as serpents (Matt 10:16). Jesus was not naïve about the world and does not want us to be either. We need to look past good rhetoric and grasp the ideas being offered. Then we are to make our decision as to whether or not to support said ideas. We should certainly encourage and applaud a well delivered speech and lift up those capable of delivering them but not at the expense of substance.