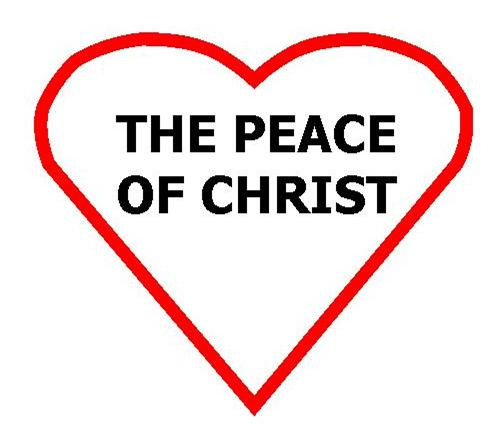 We as Christians believe that we receive God’s grace freely and not dependent on anything we do.  This is for many traditions made manifest through the Sacraments of Baptism and Communion.  In baptism, we are washed free of our original sin and marked with the Cross of Christ forever.  We die to our old sinful selves and are reborn into a life marked by a relationship with God.  In the Eucharist, we receive God’s grace via the body and blood of Jesus Christ.  In the liturgical traditions, the belief is in the “real presence” of Christ in the host and the sacramental wine.  We truly believe that we receive a piece of Christ and that this truly changes us.

As Luther would always ask, what does this mean?  How does this change us and what are we to do now that we have received God’s saving grace?  It first and foremost brings to each of us the Peace of Christ.  We can live our lives in the full knowledge and hope that our victory is won and regardless of what happens on planet Earth, we have an eternal relationship with God.

O.K., so what does this mean about how we are to act in the world?  It means, I contend, that we must be workers and exponents of peace in all that we are and everything that we do.  This means a stance of absolute pacifism in our personal lives and in how we approach public policy. Not simply to remain passive and quiet but to actively and non-violently resist the impulse to war and violence that marks much of society.

This is obviously controversial within the Christian community, with many people of good conscience disagreeing.  To those who honorably disagree, I would offer Scripture as our guide.  This must be our stance as there is nothing in Scripture that indicates that Jesus ever taught that violence, in any form, was acceptable.  Furthermore, there is nothing in Scripture to indicate that Jesus ever committed an act of violence, even to the point of surrendering His life upon the Cross.  Also it is clear that Jesus repeatedly calls us to actively love one another, even our enemies in all places and times.

In addition to this, the Apostles also never taught or lived in a way that condoned or committed acts of violence. Also, there is a substantial body of evidence that the early Church Fathers advocated pacifism as well.  Books have been filled with details about this line of argument.  Suffice it to say that I will entertain any conversation regarding any text that anyone thinks endorses the view that Jesus, or the Apostles ever acquiesced to violence in any form.

Many traditionalists will grudgingly accept that Christ Himself advocated and lived pacifism.  They will then try to slip past the ethical boundaries of pacifism by falling back on three main arguments.  First, that Jesus is God and He is not offering an ethic for fallen humans to emulate.  Second, that Jesus’ ethic is for a much later time, say, after the Second Coming and that meanwhile we can adhere to an “interim ethic”.  Third that pacifism is utterly unworkable.  I will deal with the third objection in next week’s post.  Let’s look at the first two objections.

Yes, Jesus is God and He is perfect.  We can only obtain perfection through Christ and nothing we can do in our Earthly lives can attain this perfection.  To jump from there to a notion that we are not to even try to emulate Jesus is a gross theological distortion.  As the theologian John Howard Yoder has cogently asked: if Jesus is not normatively human then what was the point of the incarnation?  In other words, if Jesus did not come to show us how to live fully human lives, then why did He come at all?  That Jesus was political is indication that He saw His ministry as normative.  He offers a competing vision for the ordering of human life on Earth.  Jesus organizes His followers around the 12 Apostles, which reflects the Earthly organization of the nation Israel.  This was to affect a change in people, allowing then to live transformed lives here and now.  Clearly Jesus did not intend for this movement to imitate or violently replace worldly power structures but rather to change it through the transforming power of love.  Yes, we will fall short of the glory of God, as Paul reminds us but that in no way means we are not to use Jesus as THE template for ordering our lives.  Jesus Himself put it best is the Lord’s Prayer: “thy will be done, on Earth as it is in Heaven”.

It makes no sense that Jesus would come and not teach us to live as God intended us to live.  Also, to claim that Jesus is asking us to do something later, denudes His message of its transformative power and our faith of its relevance.  Why should anyone gather with us around the Cross if we only weakly offer a change in some distant tomorrow.  Let us grab ahold of a piece of Christ through the Sacraments, freely given to us and then to live out the Peace of Christ in all that we are and everything that we do.