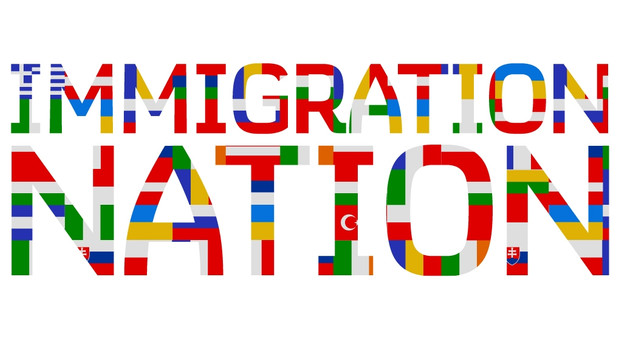 Considering President Trump’s decision to rescind the DACA program it is a good moment to step back and consider immigration policy from a Gospel perspective.  It is clear to me at least that if there is one thing that does not concern God at all it is political borders.  National boundaries are but earthly manifestations of a fallen humanity, the ardent defense of which is an embrace of a sinful nationalism.

God is larger than lines on a map or symbols on a flag.  His concern is for all His children, irrespective of nationality or social status.  The call of Christ is equally clear, everyone is our neighbor and we are to love and care for all our neighbors as ourselves.  The question I would pose, is under what Scriptural interpretive framework can a Christian claim to acquiesce to another’s suffering simply because they find themselves on the wrong side of an arbitrary political line on a map?

This is not a license to shovel “benefits” to immigrants any more than there is license to offer “benefits” to native born citizens.  Welfare is theft regardless of the intentions and/or the recipients.  It is extortionate redistribution if offered to the native born or to the recently arrived.  It is also economically deleterious and fiscally unsustainable regardless of the recipient.  It is a clear call, however, for Christians to do all that they can to welcome and shelter immigrants using the resources God has placed in our hands.  This is so Scripturally axiomatic that I will not spend more time on the subject.

Is such an open borders policy prudent?  Of course, or why would God give us such a command?  All economies benefit from the free flow of goods, services, ideas and people.  In fact, if we practiced free trade, immigration would not be nearly as much of an issue. If we admit more immigrants in, we grow our market and add the productive capacities of these new arrivals to the benefit of the economy.  Might there be some short term negative consequences for a select group of workers?  Possibly, but this is swamped by the long-term benefits to the society.  Immigration restrictionists, especially those on the Right have fallen prey to a host of economic fallacies that view the world as a win-lose proposition, rather than the win-win scenario that marks free economies.  In so doing they have revealed themselves as every bit the economic illiterates as their counterparts on the Left.

How about their claim that immigrants take jobs from U.S. citizens?  There appears little evidence to back up such a claim.  Unemployment is at record lows and employers claim to be unable to fill 6.2 million jobs.  Granted, though, I think the boom is one created by the Federal Reserve and is unsustainable, immigrants clearly are not negatively impacting current job creation.

Another claim is that immigrants are mainly criminals.  There is little if any evidence that immigrants have a greater propensity to crime than the native born, in fact the empirical data say it is less.  See here for a more detailed treatment.  In case any think I cherry-picked a pro-immigrant study lets looks at the “fair and balanced” take on this issue.

Another claim is that letting immigrants in will take the welfare system under because immigrants are “net takers” from the system.  Guess what?  Almost everyone is a net taker from the system.  That’s why entitlement programs are careening toward insolvency and the U.S. is bankrupt, fiscally and morally.  Social Security is underfunded by $24.9 Trillion and Medicare is underfunded by $27.6 Trillion.  There is little that immigrants could do to welfare insolvency that the native born have not already done.  In fact, since many immigrants are illegal they have been paying into the system with fake Social Security numbers, which means they will not get any benefits.  So, this means that they have been subsidizing the native-born population.

The real costs of U.S. immigration policies (besides lost economic production) are born by those whose freedom is restricted due to anti-immigration enforcement.  Job applicants now must produce proof that they are “eligible” to work in the U.S.; to accept a job freely offered to them.  Workplaces are subject to raids and owner property confiscated.  Financial privacy is invaded in the name of keeping “them” out.  All people in the U.S. are required to “show your papers please” to any law enforcement officer within 100 miles of a U.S. border.  This encompasses more than two thirds of the U.S. population.  In the name of border security and maintaining our “way of life” we have slowly succumbed to the power of a growing police state.  On top of that, it is good to keep in mind that the underlying philosophy of the government drive to keep out foreigners is that the government owns all the land, because only owners of property may legally restrict who enters said property.  Scary shit!

There is little to commend the “practical” arguments of the anti-immigration crowd.  Their economic arguments do not hold up, either theoretically or empirically.  Comparative Advantage holds true for immigration as well as trade.  Wealth is maximized by allowing all resources to find their optimal place in a freely functioning marketplace.  This nation’s history should tell us what adding the productive capacity of a massive influx of immigrants can do to grow an economy.  The 19th. century witnessed, perhaps the greatest movement of people in history into the U.S.  The results were the greatest increase in produced goods and the greatest increase in real incomes in the history, of well, ever.  This was done with a level of immigration greater as a percentage of the population than we face today.  Granted, it was accompanied by a much freer market than we have today.  The lesson being: don’t restrict the flow of people, unleash the freedom of the market!  All it really takes is for God’s people to listen to the call of their teacher and have faith that treating one’s neighbor as oneself will be both the right and the prudent thing to do.